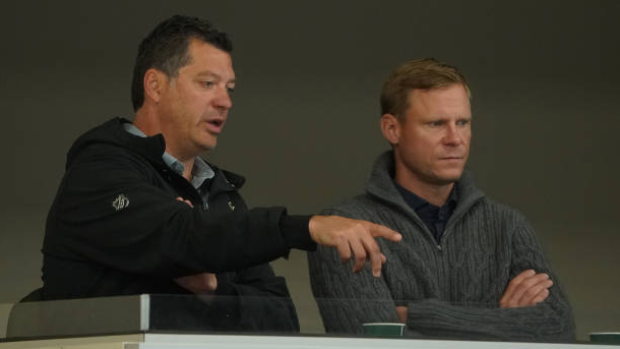 Minnesota Wild general manager Bill Guerin is hoping to strike early, if he acts at all ahead of the NHL trade deadline.

Guerin told TSN Hockey Insider Pierre LeBrun in The Athletic that he's weary of making deals under the pressure of the clock ticking down on deadline day.

“I’d rather get something done early where it’s not under pressure,’’ Guerin said. “And you don’t want to do something just to be involved in trade deadline day. You can make a bad mistake.’’

The Wild currently sit second in the Central Division, eight points back of the Colorado Avalanche with three games in hand. Minnesota has reached the postseason in eight of the past nine seasons, but have failed to advance past the first round since 2015.

Still, Guerin said he's not feeling the pressure to make a big move as he approaches his third deadline as GM of the Wild.

“You know, I guess my experience has been good,’’ Guerin said. “Because I haven’t done much on trade deadline day because of the position our team has been in the last couple of years. Not just the team, but our organization.

“We’re not in a full rebuild and I haven’t been just shipping off draft picks just to acquire whatever,” he added. “Because we need those picks, we need to keep building our prospect pool. So, I’ve tried to stay pretty disciplined with keeping our picks. So we’re not at one end of the spectrum or the other, we’ve been in the middle.’’

The Wild approach the March 21 deadline with all over their own draft picks in the next three drafts except a 2022 seventh-rounder. The team, which currently has just under $2 million in cap space according to CapFriendly, also has an additional fifth-round pick this year, acquired from the San Jose Sharks.