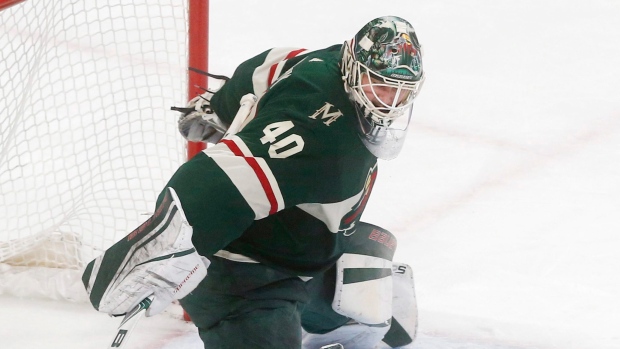 Dubnyk was upended after Minnesota's Ryan Donato fell to the ice while battling the Oilers' Brandon Manning. Dubnyk tried to leap over both sliding players, but fell hard on his backside and appeared to hit the back of his head on the ice.

"He fell. He looked like he fell, but hard. I don't know what part of his body he hurt," said Wild coach Bruce Boudreau. He had no further update after the game.

Playing his 300th game with the Wild, Dubnyk was checked by a trainer before exiting after making nine saves. He was replaced by Alex Stalock.

An All-Star three of the past four seasons, Dubnyk entered the game with a 1-5-0 record, 4.18 goals-against average and .874 save percentage.