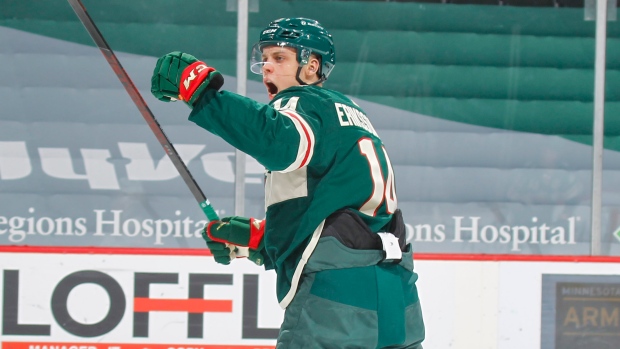 The Minnesota Wild have signed forward Joel Eriksson Ek to an eight-year, $42 million contract with an average annual value of $5.25 million that goes through the 2028-29 season.

Eriksson Ek recorded a career-high 30 points in 56 games in 2020-21. He had three points in seven playoff games.

The 24-year-old finished fourth in Selke Trophy voting this season.