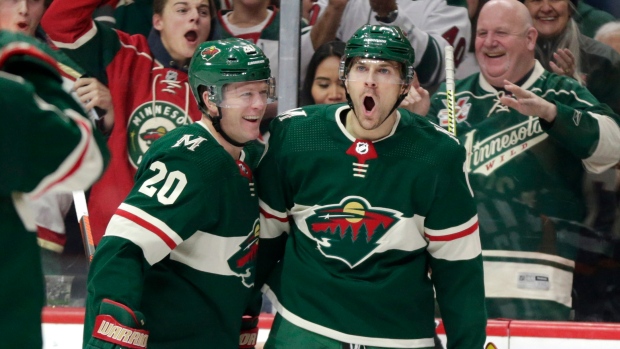 The deal takes a potential free agent off the market next summer and keeps Foligno in the fold through 2024. The 29-year-old had 25 points and a plus-8 rating, both career highs, in 2019-20 despite playing in only 59 games. Foligno also led the Wild with 184 hits. He is ninth in the league with 1,446 hits since the start of the 2013-14 season and has given the team consistent elements of defence, toughness and leadership that can be difficult to find.

“His intangibles are some of the things that make him different. He is a leader. He’s a big personality. He’s one of the guys who keeps our room loose, but he also has the ability to hold guys’ hands to the fire,” general manager Bill Guerin said. “I’ve been clear with Marcus: That’s a big reason we value him, as well as his play.”

Foligno has been playing right wing on the third line with Jordan Greenway and Joel Eriksson Ek in training camp this month with the Wild, who open at Los Angeles on Thursday.

He was acquired by Minnesota from Buffalo in a deal for Jason Pominville and Marco Scandella on June 30, 2017, after playing six seasons for the Sabres, his hometown team. The trade served as a bit of a wakeup call to continue to evolve and mature his game.

“When you get a chance, you have to take it and you have to run with it,” Foligno said, "and that’s something I believe I’ve done here in Minnesota and want to keep continuing to do.”