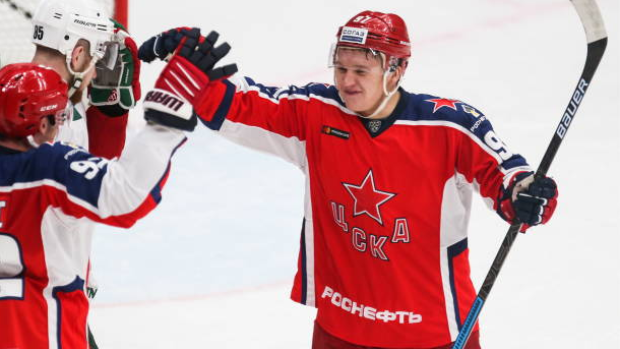 Though the contracts starts this season, Kaprizov will not be able to play in games with the Wild when play resumes. He will be a restricted free agent after next season.

"We are thrilled to officially sign and welcome Kirill to our organization," Wild general manager Bill Guerin said. "He has exceeded all expectations in his development since he was drafted in 2015. Kirill is a smart and dynamic forward that has led the KHL in goals each of the past two seasons and we look forward to having him on our roster when next season starts."

Kaprizov, a fifth-round pick of the Wild in 2015, posted 33 goals and 62 points in 57 games with CSKA Moscow this season. The 23-year-old was named to the KHL All-Star Game for the fifth consecutive season.

On the international stage, Kaprizov won gold with the Olympic Athletes from Russia in 2018, posting five goals and nine points in six games.

​The Wild are set to face the Vancouver Canucks in a best-of-five series when play resumes to determine who makes the playoff field.