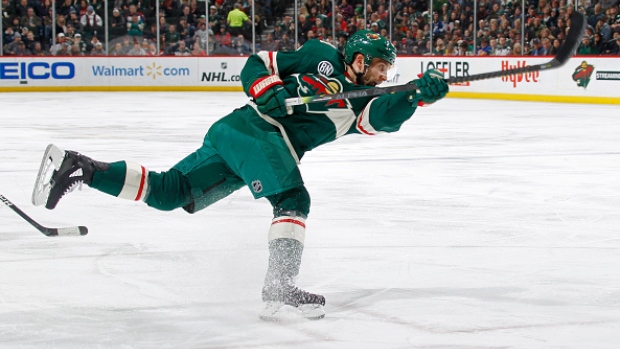 The Minnesota Wild have traded forward Jason Zucker to the Pittsburgh Penguins in exchange for Alex Galchenyuk, a conditional 2020 first-round pick and defence prospect Calen Addison.

The 2020 first-rounder could become a 2021 first-rounder if the Penguins miss the playoffs and decide to push it back a year. According to TSN Hockey Insider Pierre LeBrun, no salary was retained either way in the deal.

Zucker has 14 goals and 29 points across 45 games this season. The 28-year-old signed a five-year, $27.5 million contract extension with the Wild in July 2018. His deal carries a $5.5 million salary cap hit and modified no-trade clause. He has three more years left on his contract. The Wild originally drafted Zucker in the second round (59th overall) of the 2010 NHL Draft.

Through his eight previous seasons, Zucker had eclipsed the 40-point mark three times. His career high of 64 points was set during the 2017-18 campaign.

The native of Newport Beach, Calif., has produced 243 points in 456 career NHL games.

"Jason Zucker is a top-six forward that we think will be a great fit for our group," said Penguins general manager Jim Rutherford. "He's a proven goal scorer, and with three more years on his current contract, he has the potential to make an impact for us moving forward."

Galchenyuk had five goals and 17 points in 45 games with the Penguins this season.

The 25-year-old was selected third overall by the Montreal Canadiens in 2012 and signed a three-year extension with the club worth $14.7 million in July 2017. He was sent to the Arizona Coyotes for Max Domi in June 2018. Galchenyuk was later acquired by the Penguins in June 2018 via trade with the Coyotes.

Galchenyuk carries an expiring $4.9 million salary cap hit and is expected to become an unrestricted free agent after this season. The versatile forward from Milwaukee, Wis., has struggled to match his 2015-16 career-high of 56 points, including 30 goals.

He has produced 313 points in 535 games played across his nine-season career.

Addison, a defenceman with the WHL's Lethbridge Hurricanes, was a second-round (53rd overall) pick by the Penguins at the 2018 NHL Draft. In 241 WHL games, the 19-year-old has 41 goals and 206 points. He was a member of the Canadian team that won gold at the 2020 World Junior Championships in the Czech Republic.