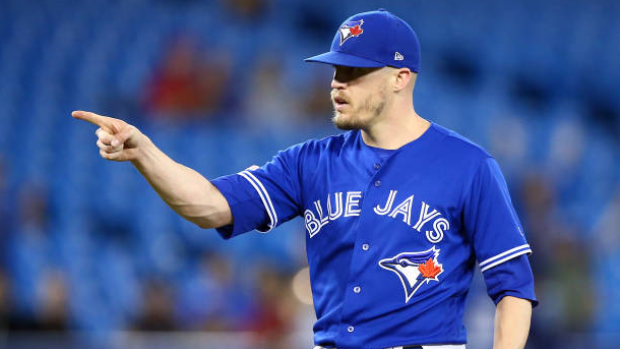 After taking a deeper look at outfielders and starting pitchers last week, we move on to the group of relievers slated to be set free across baseball this winter.

At the top, there’s a familiar name for Toronto Blue Jays fans, one you’re going to hear a lot more about as Ross Atkins & Co. decide what to do with Ken Giles, who’s not only the Jays’ best reliever but one of the top options on the entire market. 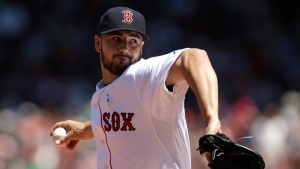 It’s a deep top tier of relievers, with four players coming off pretty dominant 2019 seasons for their respective clubs. Consider the ERAs of the four men above: Giles registered a 1.87 mark across 53 appearances; Yates was unhittable with a 1.19 ERA in 60 games; Hendricks was at 1.63 and worth 3.8 fWAR, the most valuable reliever in all of baseball, just ahead of Yates’ 3.4; Workman ran up a tidy 1.88 ERA in his first crack at a high-leverage role with the Red Sox. The track records of Giles and Yates shove them to the top of this tier, while teams will want to see Hendriks and Workman do it again if there’s baseball in 2020. 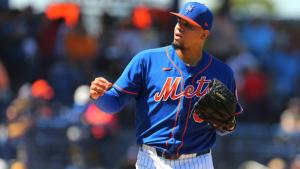 Another group of names with big stuff and closing experience, this is the tier hurt most if the 2020 season is wiped out. You get what you get with Doolittle at this point. The lefty is usually good for about 50 solid innings and a trip to the IL every season. After Doolittle, Kela, Treinen and Betances were all hoping to prove they were healthy and capable of closing out games this summer, but they might not get that chance and be forced to take similar show-me deals. 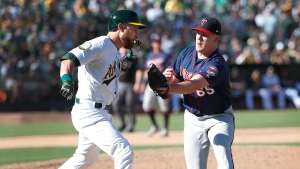 Greene has closing experience from his time in Detroit and could see a lot of high-leverage innings for a good Braves ballclub if they play baseball this summer. May, a former top prospect as a starter, was shifted to the bullpen in 2016 and has posted a 3.78 ERA across 132.1 innings since, including a 2.94 mark in 2019. He’s one of the few power arms available without closing experience, potentially making him a sneaky buy-low candidate. 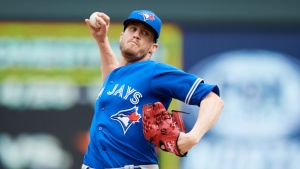 What will the Blue Jays do with closer Ken Giles?

There’s not much left for GM Ross Atkins to tear down on this roster, but Giles was almost shipped out at last year’s trade deadline, and would have been if it weren’t for the odd timing of a mysterious elbow injury.

While his highly publicized blowups in Houston still linger, you simply can’t argue with the results Giles has been getting over his six major-league seasons. Since arriving in Toronto in 2018, Giles has pitched to a sparkling 2.48 ERA, punching out 13 batters per nine innings.

Giles has publicly shown interest in a contract extension, and while the Jays’ front office hasn’t ruled that out, they seem to know their closer will be worth more as a trade chip.

If that happens, there will be an opening in the ninth inning, a job that could be filled in any number of ways.

Betances or Treinen, two power right-handers trying to rebuild their value in 2020, could fit the bill.

From 2014 through 2018, Betances was one of the best relievers in baseball, before

shoulder and Achilles tendon issues limited him to just one appearance for the Yankees last season.

Thanks to their track records, both still found lucrative one-year deals this past winter.

If there’s no baseball played in 2020, both could be looking at taking another short-term deal, which could fit nicely with Atkins’ need for a proven closer once Giles is parlayed into more prospects.​