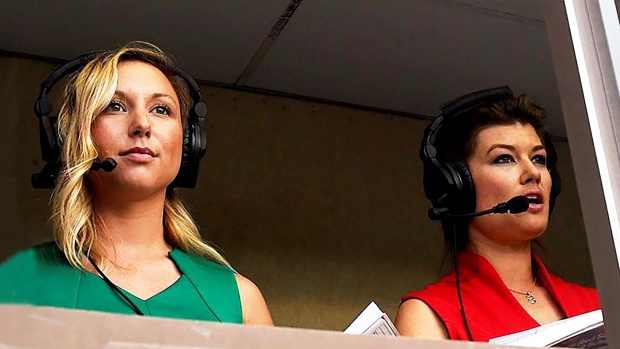 History will be made next Tuesday when the Baltimore Orioles take on the Tampa Bay Rays at Tropicana Field.

Next week, for the first time on a broadcast, fans of Major League Baseball can watch a game in which they might not hear a man’s voice.

The Baltimore Orioles versus the Tampa Bay Rays will be called entirely by women. https://t.co/lVfqTu4agN

The matchup will feature the first all-female broadcast in MLB history, according to the New York Times.

Orioles radio broadcaster Melanie Newman will be on play-by-play duties, while MLB.com writer and analyst Sarah Langs will provide analysis in the booth. MLB Network's Alanna Rizzo will report in-game while Heidi Watney and Lauren Gardner will handle pre and post-game hosting duties.

"I’ve always had a male play-by-play voice in my ear during every game I’ve ever done. ... It’s exciting to be a part of something like this," Rizzo told the Times.

The broadcast will be streamed exclusively on YouTube as part of its Game of the Week.