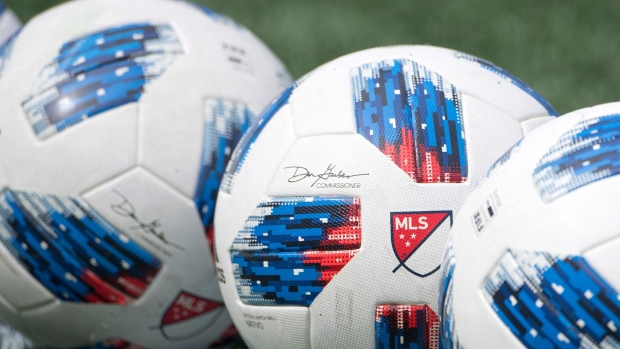 TORONTO — MLS players have approved taking part in a summer tournament in Orlando, agreeing to a "package of economic concessions" for the revamped 2020 season in the process.

The 26-team league suspended play March 12 because of the global pandemic, two weeks into its 2020 season.

The MLS Players Association said in a release Sunday evening that its membership had voted to accept "salary reductions across the entire player pool, reduced team and individual bonuses, and additional concessions to existing and future terms of the CBA."

"While a difficult vote in incredibly challenging times, it was taken collectively to ensure that players can return to competition as soon as they are safely able to do so," the MLSPA said. "The package has been formally submitted to the league for a decision by the owners."

In February, the league and MLSPA agreed to an agreement in principle on a new collective bargaining agreement that covers five seasons from 2020.

But, because of the global pandemic, the deal never got formal approval by the MLS board of governors and the MLSPA membership. Under the deal announced Sunday, the CBA will be extended by a year.

With soccer on the sidelines, the two sides have been in discussions on wages with the league on hiatus.

A source with knowledge of the talks, not authorized to speak publicly because the negotiations have been private, said in April the league had proposed guaranteeing players 50 per cent of their annual salary if no more games are played this season.

The percentage of pay would rise if more games are played — how much more would depend on how many games and whether they were played before fans.

Players earning under US$100,000 would not be affected. The minimum salary for players on a team's senior roster is $81,375 this year. The minimum for those on the reserve roster, usually younger players, is $63,547.

The MLSPA did not say what it had agreed to in Sunday's statement.

Teams have been given the green light as of Monday to start training in small groups, presuming they meet the approval of local authorities and the league. Toronto FC is set to take advantage of that Monday.

Previously teams had been restricted to voluntary individual workouts.

This report by The Canadian Press was first published May 31, 2020.