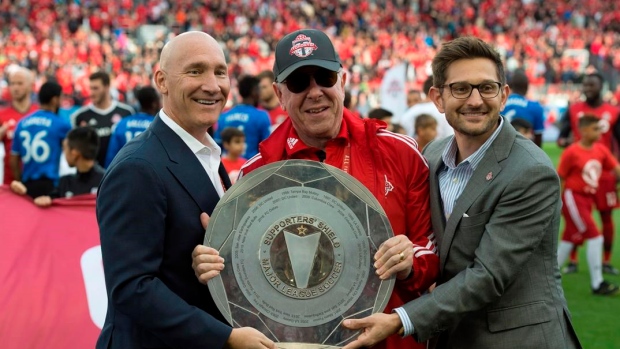 The Supporter's Shield, handed out annually to the MLS team with the best regular season record by way of points, will not be awarded in 2020.

The Supporter's Shield Foundation is responsible for handing out the award and put out a statement on their Twitter account citing a lack of fans being able to attend games due the current COVID-19 pandemic.

An announcement from the Supporters' Shield Foundation board: pic.twitter.com/JSF8mmUXFp

Toronto FC held the best record in MLS at the time of the announcement with 38 points in 18 matches. TFC last held the award in 2017.

MLS since has since responded to the Independent Supporters Council of their decision.