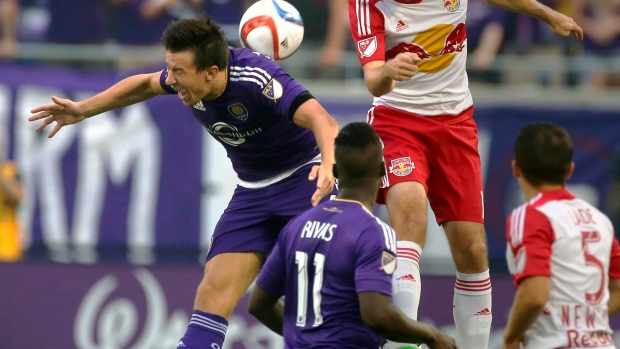 CARSON, Calif. — Veteran midfielder Sacha Kljestan has signed with the LA Galaxy as a free agent.

Kljestan has scored 49 goals over 10 MLS seasons in a career that began as the fifth overall pick by defunct Chivas USA, the Galaxy's former stadium partners. After a successful five-year stint with Belgium's Anderlecht, he spent the past five seasons with New York Red Bulls and Orlando City.

The Huntington Beach native also has made 51 appearances for the U.S. team, playing in the 2008 Beijing Olympics.

Kljestan will provide veteran leadership for a Galaxy roster in transition after the departures of its top two goal-scorers: Zlatan Ibrahimovic and Uriel Antuna.