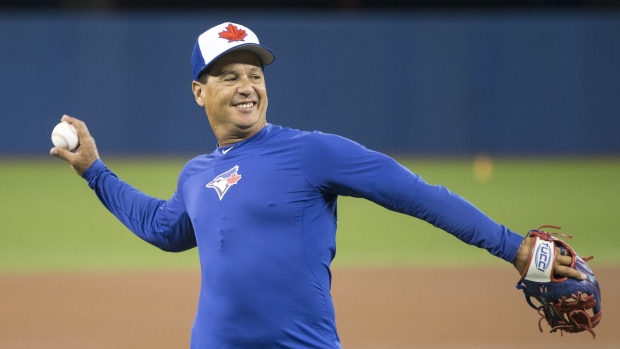 The Toronto Blues Jays manager lit up when he learned that the league had granted the Tampa Bay Rays permission to explore the idea of splitting their season between the Tampa Bay area and Montreal.

The Rays are in the American League East along with the Blue Jays, and Montoyo liked the idea of a Canadian rivalry.

"They'd be in our division, right, you would think?" Montoyo, who appeared in four games for the Montreal Expos in 1993, said Thursday before the Blue Jays hosted the Los Angeles Angels. "That'd be good for the city."

But Montoyo admits some mixed emotions. He spent the last four years with the Rays, first as a third-base coach before assuming the role of bench coach in 2018. While there he had a first-hand look at the club's attendance problems.

"There are friends of mine who'd love to stay in that area because they have friends and family there," Montoyo said. "It's mixed feeling for me, but it'd be pretty cool to have baseball back in Montreal."

Tampa Bay has consistently ranked near the bottom in average attendance in the majors. The Rays currently average 14,546 people per game, which is ranked 29th of 20 teams. Tropicana Field, the team's home in St. Petersburg, Fla., has been widely criticized as not optimal for baseball as owners look for funds for a new stadium.

The Miami Marlins currently sit last in average attendance with 9,378 fans per game. Marlins Park, a baseball-specific stadium, opened in 2012, highlighting the fact that a new stadium may not be the only issue with the market.

"From what I've seen people don't go," Montoyo said of the low attendance. "The same thing happened in Miami. People don't go. So I don't know. Is it the weather in Florida or stuff to do?"

The Expos relocated to Washington and were renamed the Nationals following the 2004 season, ending a 36-year stay. The Blue Jays began playing pre-season games in Montreal in 2014. A record 46,121 fans attended the first game back at Olympic Stadium, a 5-4 victory over the New York Mets.

The logistics of playing a partial season between two cities isn't a new concept for Montreal. The Expos played some games in San Juan, Puerto Rico, before their eventual departure.

"That will be one of the biggest discussions around it, and it will be significant to work through." Blue Jays GM Ross Atkins said of the idea.