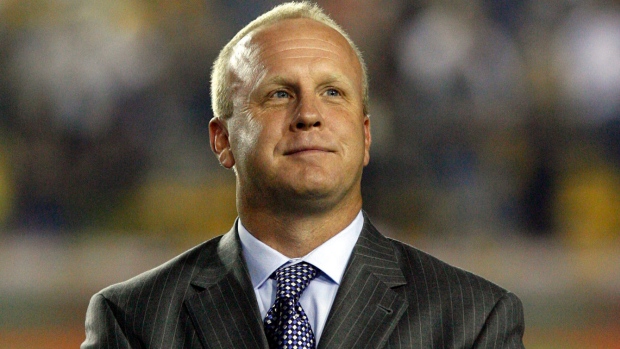 The Montreal Alouettes have formally asked the Winnipeg Blue Bombers for permission to interview Danny McManus and Ryan Rigmaiden about their vacant GM position, according to TSN’s Farhan Lalji

Lalji reported on Monday that former BC Lions head coach and GM Wally Buono has been hired by the Alouettes as a consultant as they look for a general manager.

McManus, Winnipeg's Director of U.S. Scouting and Canadian Football Hall of Famer, has been in the Bombers’ front office the past six seasons.

#Als have formally asked #Bombers for permission to interview Danny McManus and Ryan Rigmaiden about their vacant GM position. The team is also in discussions to bring Eric Deslauriers back in a football ops capacity. @CFLonTSN

Rigmaiden just completed his second season with the Blue Bombers after spending six years with the Lions, the last four as the team’s Director of US Scouting.

Lalji adds that the Als are also in discussions to bring back player personnel coordinator Eric Deslauriers in a football ops capacity. Deslauriers was taken by the Alouettes in the first round of the CFL draft in 2016 and was the club’s draft coordinator from 2016 to 2018.