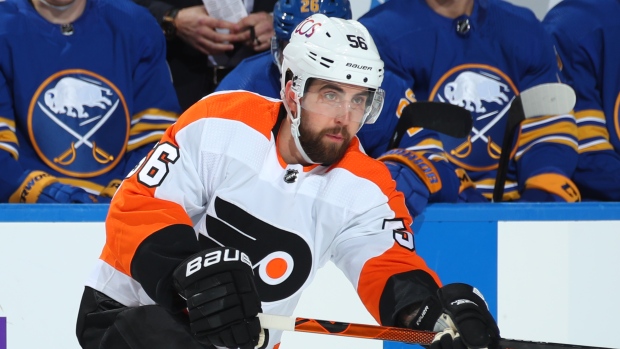 The Montreal Canadiens have acquired defenceman Erik Gustafsson from the Philadelphia Flyers in exchange for a seventh-round pick in 2022.  The Flyers also retain 50-percent of Gustafsson's AAV.

For a 7th RD pick in '22. And Flyers retain 50 percent salary/AAV
So Gustafsson to Montreal for a 7th. https://t.co/KMlXjCzM8D

The 29-year-old appeared in 24 games this season for the Flyers and posted a goal with nine assists.

The Nynashamn, Sweden native has also appeared with the Calgary Flames and Chicago Blackhawks over the course of his 245 game NHL career.