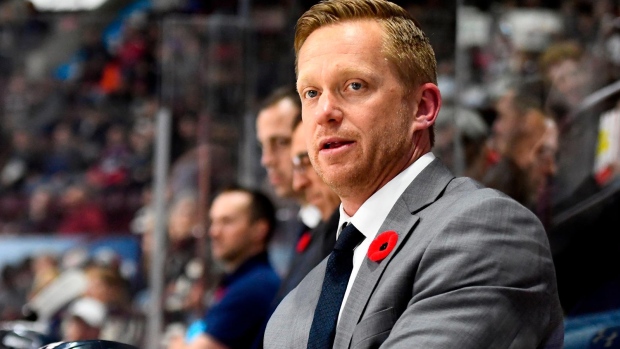 The Montreal Canadiens announced the appointment of Trevor Letowski as an assistant coach on Dominique Ducharme's staff on Wednesday.

A former NHL defenceman, Letowski had been serving as the head coach of the Ontario Hockey League's Windsor Spitfires.

"Trevor is a versatile coach, a good tactician, and a great communicator," Ducharme said in a release. "His years as a player, and the solid hockey background he acquired at all levels in hockey, will make him a good reference for our players and serve as important assets for our future success. He has an extensive comprehension of today's game, and I am excited to add a candidate of his caliber to our coaching staff."

A native of Thunder Bay, Ont., the 44-year-old Letowski has spent the last decade coaching in the OHL, first with the Sarnia Sting and then with the Spitfires. He won the Memorial Cup in 2017 with the Spitfires as an associate coach before assuming the head coaching role in 2018, posting a 91-83-24 mark over three seasons.

Letowski has been part of Canada's coaching staff at three IIHF World Junior Hockey Championships, including the gold medal-winning 2018 entry alongside Ducharme.

Prior to coaching, Letowski appeared in 616 NHL games over seven seasons with the Phoenix Coyotes, Vancouver Canucks, Columbus Blue Jackets and Carolina Hurricanes.