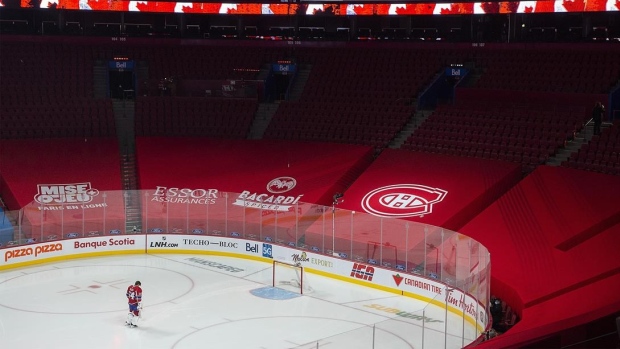 The National Hockey League is considering the idea of potentially rescheduling some of the Montreal Canadiens' home games to later this season if they can't play in front of fans at the Bell Centre in January, according to TSN Hockey Insider Pierre LeBrun.

If the Habs can't have any fans at their home games in January (their next home game is Jan. 4), the NHL is looking at the idea of potentially re-scheduling some Habs home games to later in the season when they can (hopefully) have fans in the building. But nothing for sure yet.

Like the rest of the NHL, the Habs are shut down for the holiday break and don't play until Dec. 27 against the Lightning in Tampa Bay. Their next home game is Jan. 4 against the Washington Capitals.

The Canadiens last played on Dec. 16 against the Philadelphia Flyers in front of an empty building and have had four games postponed due to COVID-19 outbreaks.

Montreal holds a 7-21-3 record through 31 games this season and sit last in the Eastern Conference and second last in the NHL.