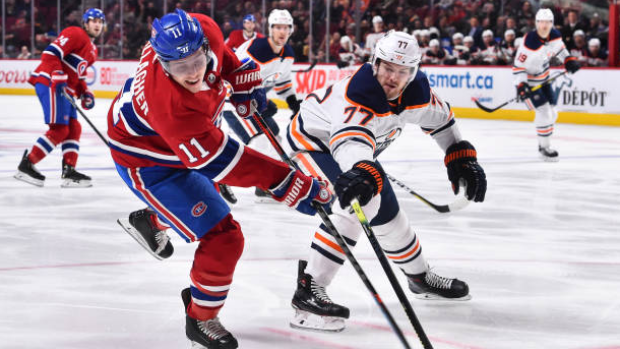 Gallagher's headache developed following Thursday's 4-2 loss to the Edmonton Oilers and he reported the symptoms to the team on Friday morning. He missed four games with a concussion sustained on Dec. 31 before playing Thursday, and did not skate with the team on Friday.

Julien said Gallagher will see team doctors to determine whether the headaches are related to his concussion or an illness. He added the forward's status for Saturday's game against the Ottawa Senators is questionable.

#Habs Julien says Gallagher will see team doctors today to determine whether headaches he is experiencing are related to his concussion or an illness.

The 27-year-old was without a point in 17:19 of ice time in the Canadiens' loss. He has 15 goals and 32 points in 41 games this seaosn with the Canadiens, who are in the midst of an eight-game winless skid, their second eight-game skid of the 2019-20 season.