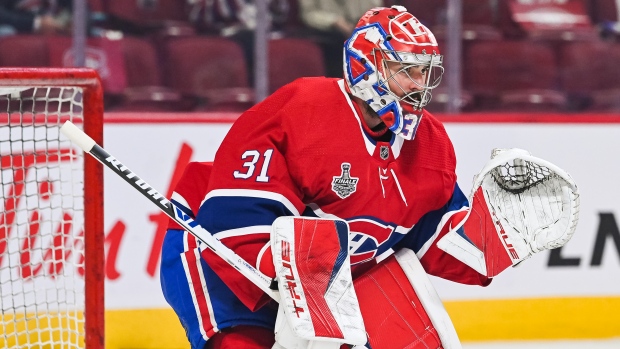 Ducharme added, however, that he does not have an exact date for Price's return to the Canadiens.

The comments came during the French portion of Ducharme's media availability ahead of Tuesday's game against the Detroit Red Wings.

Price, who underwent knee surgery over the off-season, reported for training camp in September and entered the program on Oct. 7.