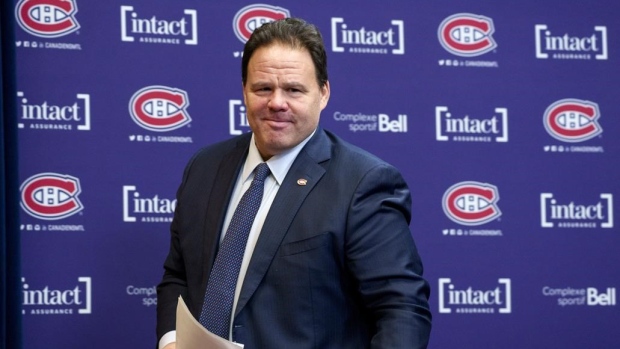 Player agent Kent Hughes has re-emerged as a candidate in the Montreal Canadiens search for a new general manager, according to TSN Hockey Insider Pierre LeBrun.

LeBrun believes the Habs have circled back on Hughes this week after not being a part of the initial interviews, and is among three or four candidates in consideration for the position.

Hearing that agent Kent Hughes has re-entered the picture in the Habs GM search process. Believe Montreal circled back to him this week after he wasn’t originally part of interviews. I would put Hughes among those 3-4 candidates. @TSNHockey @TheAthletic

Earlier on Friday, LeBrun said that the Canadiens had wrapped up the first round of GM interviews and were finalizing plans for a second round. The club has no firm timetable for the final hire.

Hearing the Habs have wrapped up the first round of GM interviews. Finalizing plans for a second round of interviews. List down to 3-4 candidates. Told no firm timeline for final GM hire. @TSNHockey @TheAthletic