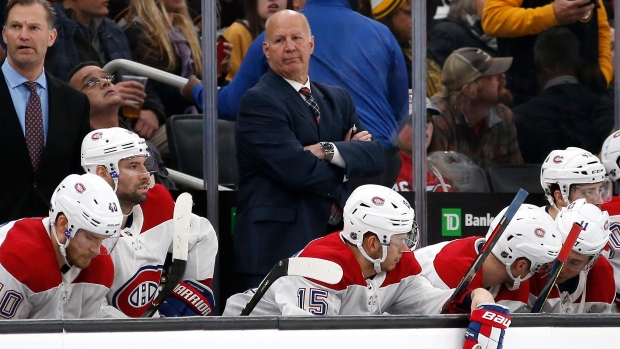 Bergevin made the announcement to reporters at the NHL's general managers' meetings in Boca Raton, FL.

"Claude will coach the team in October, November and December, as well," Bergevin said when asked if Julien would be back in the fall.

Julien, 59, is in his third full season since taking over as a mid-season replacement for Michel Therrien on Feb. 24, 2017. The Habs made the playoffs that year, but missed the postseason in 2017-18 and 2018-19. The team currently sits on 69 points, fifth in the Atlantic Division, nine points behind the Toronto Maple Leafs for the final divisional playoff spot and nine behind the Columbus Blue Jackets for the second Eastern Conference wild-card spot.

Bergevin said that the team's performance isn't simply a result of coaching.

"No one is satisfied with the results we have achieved so far this year," Bergevin said. "And we will have to do everything to raise expectations next year in order to achieve our goals. But it's not a change of coach that will get us there. Our players must also take the necessary means to help us achieve these goals. We all have to take the blame for this year and it’s collectively that we’ll get better next year."

"I know Carey has been criticized over the course of the season and it's true that he, like the rest of the team, has had struggles before the holidays," he said. "But Carey is an elite goalie in the NHL.

"We're fortunate to have a goalie like him because not all teams can count on real No. 1 goalies like Carey is."

Bergevin also spoke about Weber's role as the team tries to develop its blueliners.

"I look at what Zdeno Chara gives to the Boston Bruins and especially what he represents for the young defencemen and I think that Shea Weber can give us exactly the same," he explained. "Shea still gives us very big minutes. And big quality minutes.

"It's clear that we will have to bring in young people who will take over from our defensive corps. But I watch him (Weber) go and it is clear to me that he will be with us for a long time. "