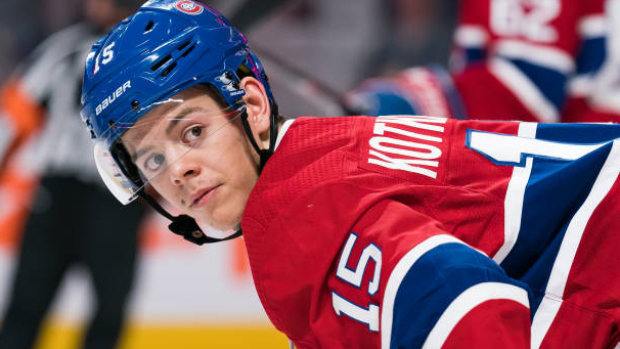 Montreal Canadiens head coach Claude Julien said Tuesday injured centre Jesperi Kotkaniemi is resting at home in Finland with the NHL's season paused and added he has not suffered any setbacks in his recovery from a spleen injury.

#Habs Julien says Kotkaniemi is resting at home in Finland. Team doctors say he hasn’t suffered any setbacks in recovery from his spleen injury.

The Laval Rocket announced on March 11 that Kotkaniemi would miss the remainder of the season due to a a splenic injury, which he sustained a week earlier.

Picked third overall by the Habs in the 2018 NHL draft, Kotkaniemi was sent down to Laval after he had six goals and two assists in 36 games with Montreal this season.

With Laval, the six-foot-two, 198-pound Finnish centre had one goal and 12 assists in 13 games.

Kotkaniemi cracked the Habs' roster in his draft year, producing 11 goals and 23 assists in 79 games.