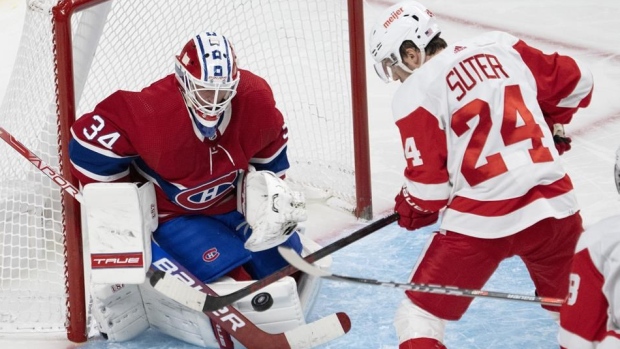 Dominique Ducharme confirms that Samuel Montembeault will start. Jake Allen is day-to-day and is still being evaluated for a proper diagnosis.

Allen exited the game with under a minute left in the first period and did not return. Goaltender Cayden Primeau was recalled from the AHL's Laval Rocket after the game.

Ducharme also confirmed that backup goaltender Samuel Montembeault, who finished Saturday's game in a 3-2 overtime loss, will be in net Sunday night against the Boston Bruins.

In other lineup news, Mike Hoffman will not play against the Bruins and Adam Brooks draws into the lineup.