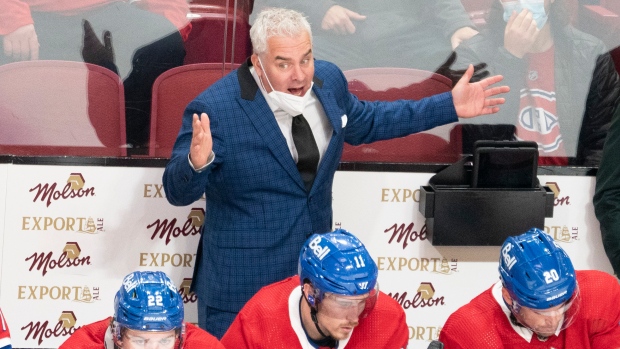 Defenceman Jeff Petry was at a loss trying to explain the effort level from the Montreal Canadiens as they team dropped to 0-4 to open the season.

The San Jose Sharks cruised to a 5-0 victory over the Stanley Cup finalists on Tuesday, holding a 3-0 lead after the first period, in which they outshot Montreal 12-3.

“I can’t explain it,” Petry said. “We knew that they were going to come and be all over the puck and [there was] no support. We made it easy. They had no problem breaking out the puck, skating through the neutral zone and that’s it.

“It’s frustrating, we’re four games into the year and half of our games have been no effort.”

The Canadiens have now been outscored 15-3 en route to their worst record to start a season since 1995-96, when they opened with five straight losses.

Head coach Dominique Ducharme pointed to the short turnaround following the deep playoff run as one reason for the team's poor start to the season. The Tampa Bay Lightning finished off the Canadiens in Game 5 of the Stanley Cup Final on July 7.

“It’s a trap when you get this close and you have to start again quickly,” said Ducharme. “There is a mental aspect to this and right now we’re not dealing with it well. But you need to turn the page, put on your working boots, and work the right way.

“You can’t just work; you need to work the right way. Right now, we’re disconnected with and without the puck.”

Forward Brendan Gallagher said a skid like the one the Canadiens are in can be overwhelming in a hockey-crazed market like Montreal.

“Any time you go into these losing skids, it might be escalated in a market like Montreal where you need to focus on it wherever you go, it’s hard to get out of these things,” Gallagher said. “It’s on your mind all the time, it’s all you think about, it’s all you worry about. At times you try to do a little bit too much.”

Petry, meanwhile, suggested the Canadiens may be forced to hold a players-only meeting to address their issues, though doing so this early would not be ideal.

"I think every guy in here knows that this is not good enough," Petry added. "So, if it comes down to [having a players-only meeting] and we have to do that, we shouldn't be in that situation four games into the year."

Montreal will once again try for their first win of the season on Thursday when former teammate Jesperi Kotkaniemi and the Carolina Hurricanes (2-0) visit the Bell Centre.