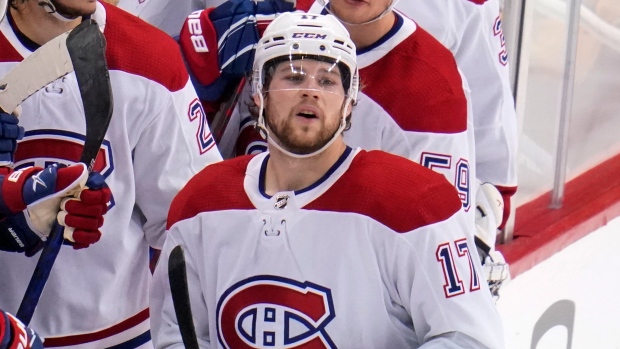 Montreal Canadiens forward Josh Anderson won't play in tonight's contest against the Arizona Coyotes due to a lower-body injury.

Defenceman Ben Chiarot is also out for tonight's game due to a "management decision" as TSN Hockey Insider Pierre LeBrun reports trade talks involving the 30-year-old have escalated over the past few days.

Forward Ryan Poehling was also placed on the injured reserve Tuesday with an upper-body injury and Jesse Ylonen was recalled from the AHL's Laval Rocket.