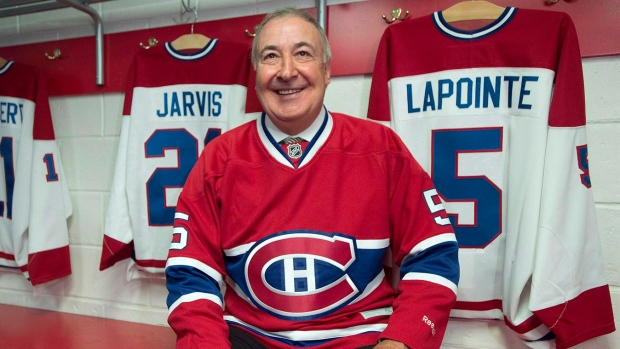 At the request of his family, the Montreal Canadiens announced Wednesday that former defenceman and Hall of Famer Guy Lapointe has been diagnosed with oral cancer.

"Dr. Keith Richardson, the treating physician from the McGill University Health Centre (MUHC), indicated that the cancer is located at the base of the tongue," read a team statement "Lapointe will begin his treatments in the coming weeks. This form of cancer has a high cure rate.

"The family wishes to thank the personnel at the MUHC as well as all hockey fans and asks for respect of their privacy as they face this challenge."

He also played for the St. Louis Blues and the Boston Bruins, tallying 171 goals and 622 points in 894 games.

Lapointe also represented Canada in the Summit Series against the Soviet Union in 1972 and was inducted into the Hockey Hall of Fame in 1993.