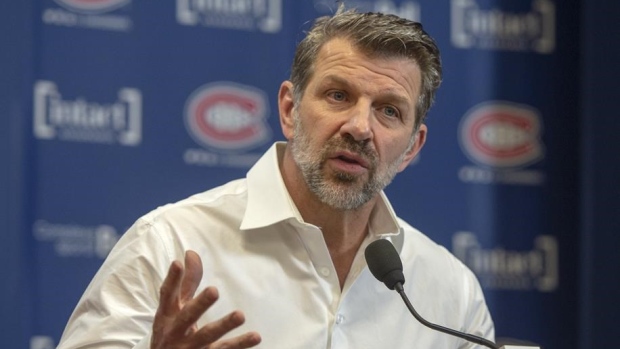 Marc Bergevin will spend the 2021-2022 season on an expiring contract.

The Montreal Canadiens announced on Thursday that there will be no updates on the general manager's contract until the end of the season.

#Habs official says there will be no further updates on Bergevin’s contract until the end of the season.

Bergevin, 56, is entering into the final season of his current deal that was announced in November of 2015.

The native Montrealer has been at the helm of his hometown club since the spring of 2012. In nine seasons under Bergevin, the Habs have won three division titles, made the playoffs on six occasions and reached the 2021 Stanley Cup Finals.

Prior to joining the Habs, Bergevin spent seven seasons in the Chicago Blackhawks organization, working his way up to assistant GM and winning a Stanley Cup in 2010.