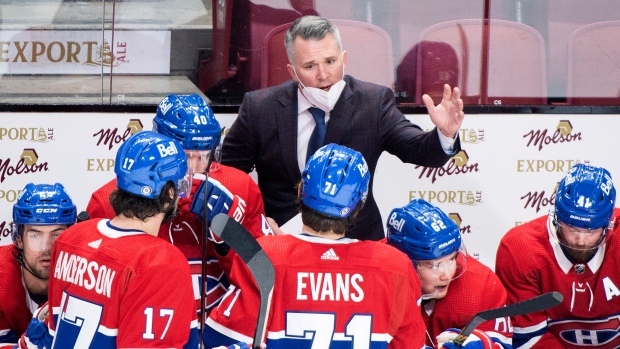 Martin St. Louis appears to be staying in Montreal.

The @CanadiensMTL remain tight lipped, but we can expect Martin St Louis contract extension as Head Coach to be announced in the near future.

TSN Hockey Insider Darren Dreger reports an extension to make the Hockey Hall of Famer the permanent head coach of the Canadiens is expected in the near future.

While St. Louis had served as a special teams consultant under John Tortorella with the Columbus Blue Jackets, the Canadiens job was the Laval, Que.'s first.

Internationally, he was part of the gold medal-winning Canada squad at the 2014 Sochi Winter Olympics.

He was inducted into the Hockey Hall of Fame in 2018.