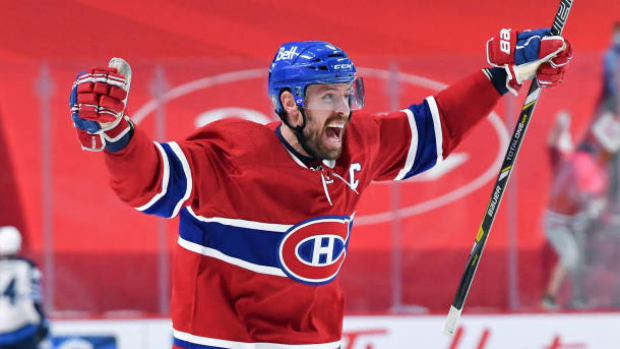 Montreal Canadiens general manager Marc Bergevin confirms that no interim captain will be named in Shea Weber's absence this season.

Marc Bergevin says no interim captain will be named in Shea Weber's absence this season.

On July 22, Bergevin had announced that Weber would be unlikely to play next season and that his career is likely over due to injuries.

Acquired from the Nashville Predators on June 29, 2016 in a blockbuster deal in exchange for PK Subban, Weber has spent the past five seasons with the Habs, registering 58 goals and 146 points in 275 games with the team.

He was named captain on Oct. 1, 2018 and helped lead the Habs to their first Stanley Cup Finals appearance since 1993 before losing in five games to the Tampa Bay Lightning.

Including 2021-22, Weber has five years remaining on his contract with a cap hit of $7.8 million.