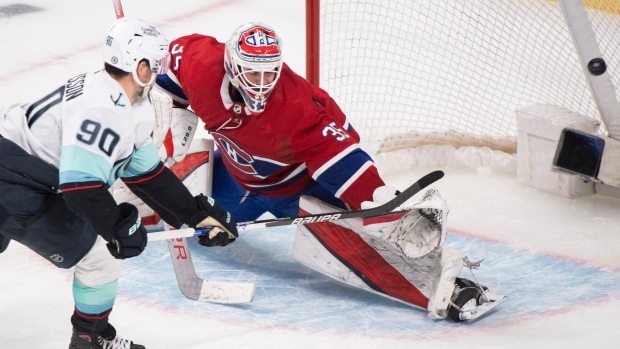 The team expects Montembeault to be ready for the start of training camp in September.

Montembeault was claimed off of waivers from the Panthers in October.