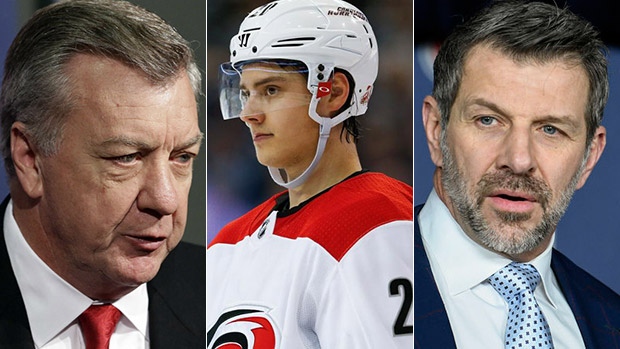 The Montreal Canadiens have tendered an offer sheet to restricted free agent Sebastian Aho of the Carolina Hurricanes.

The deal is for five years at a cap hit of $8.454 million. Since the AAV of the offer is under $8,454,871, the compensation back to Carolina would be a first-, a second-, and third-round draft pick if the Hurricanes elect not to match the deal.

The Hurricanes have seven days to match the offer.

The 21-year-old scored 30 goals and recorded 83 points in 82 games this past season.

The Canadiens have announced that they have tendered an offer sheet to restricted free agent Sebastian Aho of the Carolina Hurricanes. The proposed contract is for five years, with an average annual value of $8.454 million.#GoHabsGo

Ryan O'Reilly was the last player to sign an offer sheet, signing with the Calgary Flames in 2013 on a contract that was matched by the Colorado Avalanche.