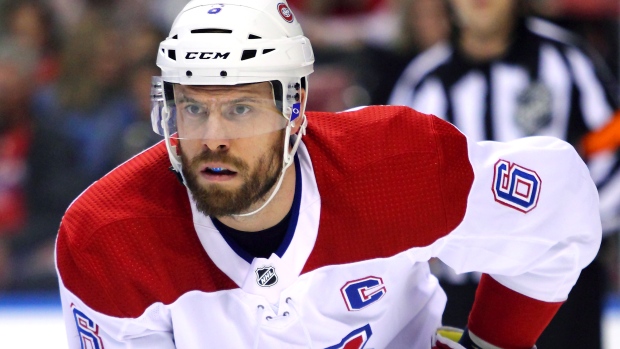 Montreal Canadiens captain Shea Weber will miss 4-to-6 weeks with an ankle sprain, the team announced on Wednesday.

MEDICAL UPDATE: Shea Weber expected to miss 4 to 6 weeks with an ankle sprain.

Shea Weber is meeting with a specialist in Wisconsin now.

The Habs placed Weber on injured reserve last Thursday and said he would be out at least one week. However, TSN Hockey Insider Bob McKenzie reported on Twitter on Tuesday that the 15-year NHL veteran could be out much longer.

"I’m hearing the prognosis on Shea Weber’s LBI is not at all encouraging in terms of him playing any time soon," he wrote.

"That said, other than saying he won’t be on the BOS-PIT road trip and won’t play any games this week, information from MTL on Weber’s health has been on lockdown.

"Often times, when a player is sidelined for a week or more without a definitive prognosis/announcement from the club, it’s because the doctors/club/player are weighing the options (rehab vs. surgery etc) or getting additional medical opinions on what can be complicated injuries."

Head coach Claude Julien said the injury occurred on Feb. 4 against the New Jersey Devils and that he was experiencing swelling in the area.

Weber had surgery to repair a torn tendon in his left foot in March 2018 and arthroscopic surgery to fix a torn meniscus in his right knee in June of 2018.

Weber has six years left after this season on a 14-year, $110 million contract he signed as an offer sheet from the Philadelphia Flyers in July 2012 before the Nashville Predators matched the deal.

In 55 games this season, Weber has 13 goals and 34 points. He was Montreal’s representative at the 2020 NHL All-Star game in St. Louis.