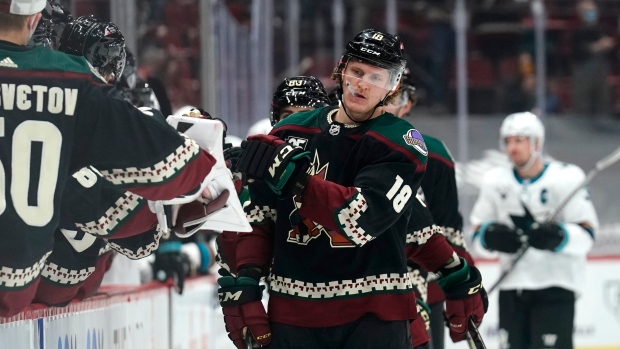 The Canadiens have acquired Christian Dvorak from the Arizona Coyotes in exchange for two draft picks.#GoHabsGo https://t.co/JSqpaOz8qk

In the event that either or both the Canadiens and Carolina's picks are in the top-10, Montreal will instead transfer the worse of the two picks and their own 2024 second-round pick.

Dvorak, 25, scored 17 goals and added 14 assists in 56 games with the Coyotes last season. In 302 career NHL games, the Palos, IL, native has recorded 67 goals and 79 assists. Dvorak was selected in the second round (58th overall) by the Coyotes in the 2014 NHL Draft.