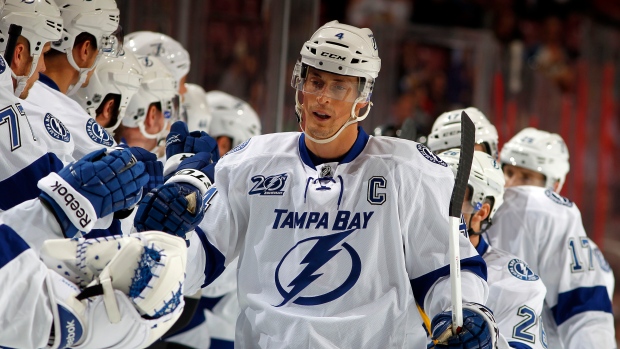 Martin St. Louis and Vincent Lecavalier have been reunited in Montreal.

The Canadiens announced Friday that Lecavalier, a former teammate of the interim head coach St. Louis, has been appointed as special advisor to hockey operations.

The Canadiens have hired Nick Bobrov and Vincent Lecavalier to join the hockey operations department.#GoHabsGohttps://t.co/wG7PemjvtV

Lecavalier  played 17 seasons in the NHL, collecting 949 points in 1,212 games with the Tampa Bay Lightning, Philadelphia Flyers and Los Angeles Kings. Selected first overall by Tampa in the 1998 NHL Draft, the Ile Bizard, Que. native won the Stanley Cup alongside St. Louis with the Lightning in 2004 before winning the Maurice Richard Trophy with 52 goals during the 2006-07 season.

Bobrov spent the past six seasons Director of European Scouting with the New York Rangers, a position he also held with the Boston Bruins between 2001 and 2006.

Bobrov will oversee the draft department together with Lapointe, who remains director of player personnel and co-director of amateur scouting.