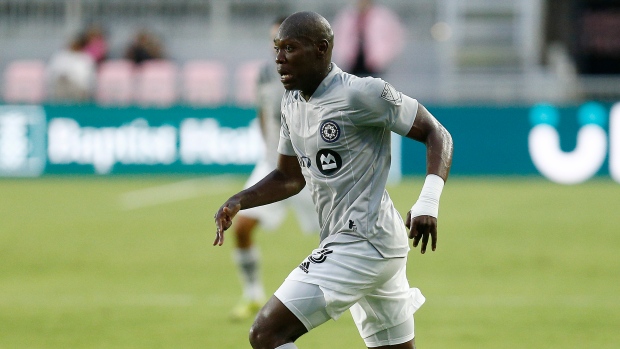 The Canadian international posted his first MLS game with both a goal and an assist as Montreal extended its unbeaten run to six games with a 2-1 win over visiting Atlanta FC on Saturday.

The 24-year-old defender gave Montreal the lead just four minutes into the match when he headed in Djordje Mihailovic’s free kick from just outside the six-yard box.

After Marcelino Moreno scored for Atlanta in the second half, Miller provided the game-winning assist when he dribbled past two defenders and fired in a cross that was headed in by Joaquín Torres.

The assist was the second of Miller's 2022 campaign and the first game-winning setup of his career.

Miller joined Bojan Krkic (Week 19, 2020) as the only Montreal players to win player of the week in the past three seasons.

Miller is becomes the first defender to win the award since Richie Laryea with Toronto FC in Week 14 of 2020.

Montreal next faces Orlando City on Saturday at Stade Saputo.

The player of the week award is voted on by media and fans in a process conducted by MLS Communications.