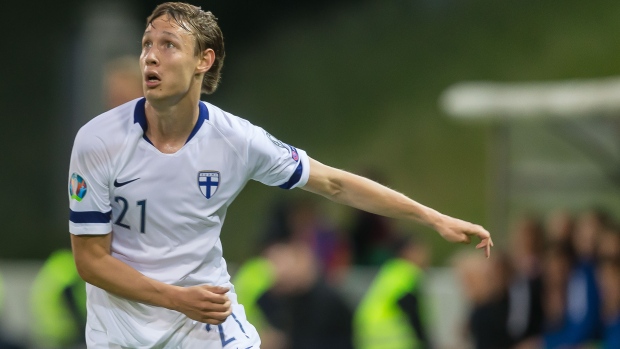 MONTREAL — The Montreal Impact have acquired Finland international midfielder Lassi Lappalainen, with options to extend his loan through the 2020 MLS season.

Lappalainen, 20, joins the Impact after finishing atop HJK Helsinki with six goals since the start of the 2019 season, scoring three regular-season goals, two goals in the UEFA Champions League and one in the Finnish Cup.

At the international level, Lappalainen has two assists in five games with Finland.

The Impact (9-11-3) have lost four in a row in MLS play to slip to sixth in the Eastern Conference standings. Montreal hosts Philadelphia on Saturday.

"We want to reinforce our team for the end of the season with an offensive player, giving us more options on the left flank of attack," Impact head coach Remi Garde said in a statement. "He's a player with technical diversity, who has a large volume of play at high intensity. Despite his young age, he's shown that he can score and provide assists. We'll place him in the best possible conditions to help him adapt to Montreal."