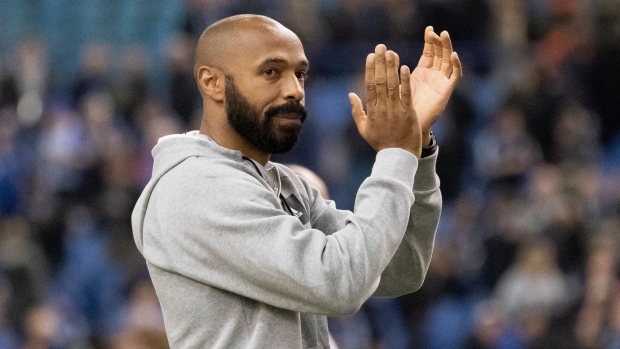 The Montreal Impact added one of the most iconic names in soccer history to their club in the off-season when they named World Cup and Champions League winner Thierry Henry as their head coach.

Henry’s accolades go further than just capturing the sports’ two biggest competitions. He also won the Premier League and La Liga twice and finished as a finalist for both the Ballon d’Or and FIFA World Player of the Year twice.

While the 42-year-old reached all of those heights as a player, TSN soccer analyst Kristian Jack says that having someone as accomplished as Henry in the team will help instill that level of drive to the entire organization.

“I think it gives them that iconic figure that’s been missing in Montreal and with the Impact for some time, maybe since Didier Drogba,” said Jack. “We all know Ignacio Piatti was one of the League’s best players, but let’s be honest, this takes it to another level. He’s not playing any minutes for Montreal in 2020, but what he does bring is an incredible winner’s mentality that is needed across Major League Soccer.”

The Henry era in Montreal is already off to winning start. Before the team even kicked a ball in MLS play under their new boss, they advanced into the quarter-finals of the CONCACAF Champions League with an aggregate victory over Costa Rican side Deportivo Saprissa.

This isn’t Henry’s first head coaching job, as he spent 104 days in charge of Ligue 1 side Monaco. He managed to a 5-4-11 record before he was removed from the position. With Henry now in his second managerial role, TSN soccer analyst Steven Caldwell thinks the time has come for him to show he’s ready to lead from the touchline.

“It’s a big year for Thierry Henry. It’s a season where he comes off a difficult spell with Monaco and now it’s a chance for him to prove that he’s capable of that head coach’s role,” said Caldwell.  “He’s cut his teeth with the Belgian national team with Roberto Martinez, so he’s learned from one of the best. It’s a season where he has to prove that he has the temperament and the mentality to coach at the highest level.”

The Impact enter the season without all-time franchise leading scorer Piatti, who left in the off-season to return to Argentine club San Lorenzo after contributing 78 goals in all competitions since joining the team in 2014.

Without the three-time MLS All-Star, Jack says the Impact will have to rely on other members of their roster to fill the void.

“I think it’s impossible to find a player that could ever get close to replacing Ignacio Piatti. The fact is, he was here he was wonderful and he’s gone,” said Jack.  “You’ve got to move on and you’ve got to find different ways.  You’ve got players in wide areas with a lot of competition for places, [Maximiliano] Urruti can play in the wide area, [Orji] Okwonkwo can play there.”

One player who could shine for the Impact this season is Bojan Krkic, who joined the team from Stoke City last August. The two-time Champions League winner scored 41 goals in 163 games with Barcelona and also played with Roma, AC Milan and Ajax prior to arriving in Montreal.

“I don’t think people realize how good Bojan Krkic can be for Montreal Impact,” said Jack.  “He’s got the real special tendency where he can be a playmaker and a finisher.”

Caldwell agrees that if Krkic plays up to his potential, he has the chance to be a real difference maker.

“This is a lad that in the early part of his career at Barcelona he was touted as the next Messi, as a world superstar,” said Caldwell.  “It’s maybe not quite happened for him like that, but he has more than enough talent to be dominant in MLS, to be really influential for the Montreal Impact.”