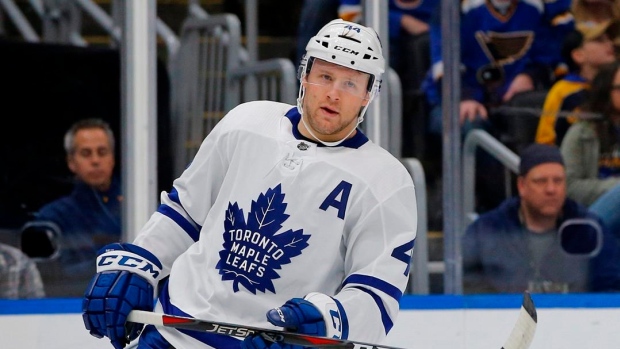 Toronto Maple Leafs defenceman  Morgan Rielly finally has a date to circle. Provided that medical and safety conditions allow for it, training camp for the 24 National Hockey League teams still in contention for the Stanley Cup will open on July 10.

"Obviously, that's good news for us knowing the date," Rielly said during a Zoom media session on Thursday. "It's kind of what we've been waiting for. If you ask most players what was the hardest part of it all, it was the uncertainty ... To go that long without any news or hard information in terms of a start time is tough, but it's rolling now and hopefully we can keep going in the right direction."

The #NHL and the National Hockey League Players’ Association have agreed to open training camps on Friday, July 10 should it be deemed safe to do so, it was announced Thursday: https://t.co/opXc4w44sw #TSNHockey pic.twitter.com/ttggzhqg6q

The NHL and Players' Association have already agreed on the playoff format and with Phase 2 starting this week, allowing players to return to team facilities for voluntary small-group sessions, optim ism is growing.

"We all had good days and bad days during this period," Rielly said of the lengthy layoff. "I tried to stay optimistic and I do believe we will play. I've always had that train of thought that it was just a matter of when. There will always be that doubt that an aspect of it is not entirely in our control so as a player you have to do whatever you can to prepare yourself to play and be in that mindset and keep a positive attitude."

Rielly is among the 20 or so Leafs players who have returned to the Ford Performance Centre for workouts. The 26-year-old recently took a flight from his hometown of Vancouver to Toronto to ensure he was on hand for the first day of Phase 2. He admits travelling during a pandemic did make him a bit uneasy.

"We're all nervous," he said. "Even just going to the grocery store you can get nervous a little bit. But after I got back to Toronto, I was glad to be back here. I think this is where I feel the most at home and just glad to be at the rink again and have something to do ... I think it's important and a good opportunity to train with teammates."

Still unclear is how long training camps in Phase 3 will last and when the meaningful games, on pause since March 12, will resume. Also to be determined is the two hub cities where the teams will play and what sort of precautions will be necessary inside those bubbles.

Toronto is slated to take on the Columbus Blue Jackets in a play-in series  and both cities are among the 10 locales in contention to be a host. What would it mean if the games were at Scotiabank Arena?

"There might be a small advantage because of the rink," Rielly said, "but if we host, I assume all the players will have to be in hotels anyway and the rules will apply to us just like they apply to all the other teams so I don't think it will be a huge advantage."

And Rielly insists he's not concerned about the amenities that will be available to players.

"It's just about player safety," Rielly said. "If you ask guys to go play just about anywhere they'll probably agree eventually ... what's important [is] player safety and also [safety of] the general public. We have to do what's best on that front before we get carried away ... wherever we go we'll be well taken care of so I really don't see that being a big issue."

Looks like a solution to the 14 day quarantine is on the way from the Fed Govt. that should allow all 3 Canadian markets to remain viable options as hub cities, and for Cdn teams to hold their training camps north of the border. Details to come in the next few days.

The Leafs and Jackets finished with the same number of points (81) in the same number of games (70) this season, but Toronto is the higher seed by virtue of having more regulation wins (28-to-25). After a string of first-round exits and an inconsistent regular season, the Leafs are facing big-time pressure.

"We're very motivated," Rielly said. "We have a goal in mind ...  We understand that there's a chance to come back and prove some people wrong. Going into this break we didn't feel all that good about where we were at and we've all had some time to think about that and we have a chance to change the narrative a little bit. We have to take this opportunity during Phase 2 and training camp to really prepare and be ready to go. Each team will be on an even playing field and I think it's important that we come in prepared, because that's where the advantage will be."