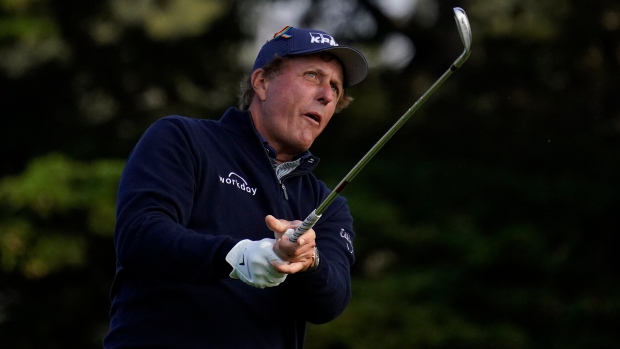 The 120th edition of the U.S. Open is underway.

The best golfers in the world have descended on Mamaroneck, N.Y. and the Winged Foot Golf Club for the second major event of the shortened season.

You can catch complete coverage of the U.S. Open on TSN1, 4 and 5, the TSN APP and TSN Direct.

The U.S. Open returns to the Winged Foot Golf Club for the sixth time, with the tournament last held at the course in 2006.

With narrow fairways, deep rough and incredibly fast greens, the tough conditions will certainly open the door for some potential surprise performances.

Here is a look at the top 20 contenders based on the betting odds, according to Caesars Sportsbook:

Tiger Woods, Justin Thomas and Collin Morikawa will play together on Thursday and Friday.

The guys from Golf Talk Canada did an outstanding job breaking down everything we need to know heading into the tournament, including what to expect from the Tiger-Thomas-Morikawa grouping.

The last time that Winged Foot hosted the U.S. Open, Mickelson led by one shot on the final hole. Lefty would double-bogey and lose to Geoff Ogilvy.

Could he potentially fare better this time around?

The all-Canadian grouping of Mackenzie Hughes, Corey Conners and Adam Hadwin will generate a ton of interest as well this week.

Here is what the Golf Talk Canada boys had to say about that trio.

Make sure to check us out on Twitter and let us know who you got to win the 120th U.S. Open.

Make sure you let us know who you got to win. @TSNGolf @GolfTalkCanada @TSN_Sports #USOpen

The Cincinnati Bengals will visit the AFC North rival Cleveland Browns, with both teams hoping to avoid falling to 0-2.

It’s safe to say that Bengals quarterback Joe Burrow’s NFL debut did not go the way he might have hoped in Week 1.

Trailing the Los Angeles Chargers by three with 11 seconds left in the fourth, the 2020 first-overall pick found A.J. Green in the endzone for a potential game-winning touchdown.

However, Green was called for a questionable pass interference and the touchdown was nullified.

Cincinnati could still tie it with a field goal.

No big deal, right? Well, it is if Randy Bullock misses from 31 yards out and you lose the game.

Burrow threw for 193 yards and an interception in his first NFL outing.

While he was far from perfect, he showed some confidence during that final two minutes, especially considering he didn’t have a single preseason rep under his belt.

Four days later, Burrow will get another shot at his first career NFL win against the rival Browns in primetime.

The Bengals are listed as six-point road underdogs.

It will be the ninth straight game that Cincinnati is listed as an underdog against a division opponent.

The Bengals have gone 1-7 straight up and 4-3-1 against the spread in their previous eight divisional games.

For as tough as the Week 1 result was, Burrow and company can make a statement on Thursday night with a chance to show the football world that they are closer to contention than the other team from Ohio.

Cleveland is coming off an ugly 38-6 loss to the Baltimore Ravens in Week 1.

Baker Mayfield completed 21-of-39 passes for 189 yards, a touchdown and an interception.

The bad news is that Mayfield’s 53.8 per cent completion rate was the second lowest among starters last week, behind only Tyrod Taylor.

The good news is that the Browns didn’t have to wait long to start over against a Bengals’ defence that is far from elite despite its strong performance in Week 1.

Cleveland has won four straight Thursday home games. The Browns will need to extend that streak in order to avoid falling to 0-2 with two division losses to begin the Kevin Stefanski era.

Will The Isles Force Game 7?

Semyon Varlamov made 36 saves in Game 5 and Jordan Eberle scored the overtime winner as the Islanders were able to at least temporarily stave off elimination.

Can they do it again on Thursday night?

Tampa Bay is listed at -160 to win Game 6 and advance to the Stanley Cup Final.