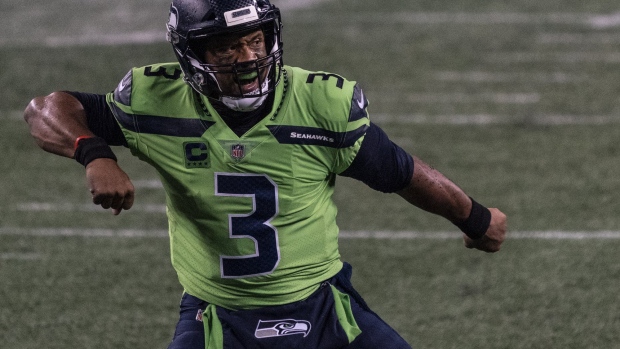 Welcome to Week 8 of the NFL season.

This is always one of my favourite weeks on the schedule.

From a fantasy perspective, trade negotiations really start to heat up as some managers commit to becoming buyers or sellers while others enter must-win situations to determine their course for the rest of the season.

From a betting perspective, we now have a pretty good idea of what we can expect from the league’s 32 teams and can capitalize on that information when placing wagers.

Speaking of having a pretty good idea of what to expect from teams, this is the most remarkable stat I have seen so far this season:

The Falcons have 3 losses when reaching win probability of 98+ percent in 2020.

Rest of NFL: 8 such losses since 2016 (including ATL in Super Bowl LI) https://t.co/VVDQclFWPa

The Atlanta Falcons have managed to suffer three losses after reaching a win probability of 98 per cent or higher through their first seven games.

This week, the Falcons opened as a three-point underdog at the Carolina Panthers, but that number has shifted to Carolina -2.

That movement seems a little suspicious considering that the Panthers just won 23-16 in Atlanta back in Week 5.

There is one unfortunate trend working against Carolina in this spot: since the Kansas City Chiefs beat the Houston Texans in Week 1, betting favourites have gone 0-5 against the spread on Thursday nights.

Also, the Falcons are 8-2 both straight up and ATS in the last 10 meetings between these teams.

Still, Teddy Bridgewater is a remarkable 31-10 ATS in his career and I’m not willing to put my money on an Atlanta side that is 1-6, on the road, on a short week, after three extraordinary collapses already this season.

I will however be cheering for Falcons wide receiver Calvin Ridley to deliver a big performance for me in three of my four fantasy football leagues, which brings us to this…

With most fantasy football league championships scheduled for Week 16 of the NFL season, the bridge from Week 7 to Week 8 usually marks the midway point in fantasy football regular seasons.

Toronto FC was blanked again on Wednesday night in a 2-0 loss to NYCFC. It’s the first time that TFC has been shut out in back-to-back losses since October of 2018.

Kelcey Brade and Kristian Jack broke down what went wrong, and what TFC needs to do to finish the regular season on a high note.

What does it feel like to think you won $1 million only to find out 30 minutes later that you didn’t, based on a stat correction?

That actually happened to one daily fantasy player on Monday night.

ESPN’s Doug Kezirian sat down with the man who suffered that cruel twist of fate to discuss his reaction on the Daily Wager show.