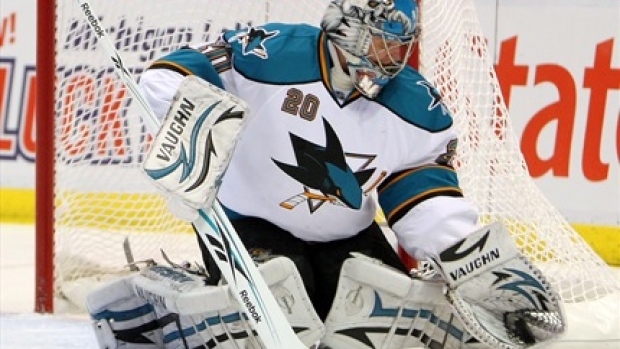 "I'm really proud to be able to finish my career where I started in San Jose and where I had my best years," said Nabokov. "This is my home and this is where my heart is."

The 39-year-old Nabokov played 14 NHL seasons, the first 10 of which came with the Sharks. He also spent time with the New York Islanders and most recently the Lightning, who waived him earlier this month.

Nabokov is the Sharks' franchise-leader in many categories, including games, wins and shutouts. He ranks fourth in save percentage and goals-against average.

"As a ninth round draft pick, he was never given anything. Instead, he carved out a fantastic career on hard work, fortitude and perseverance," said Sharks General Manager Doug Wilson. "It's a special day to be able to welcome home one of the most beloved players in Sharks history."

In addition to stopping goals, Nabokov became the seventh goalie in NHL history to score a goal when he fired the puck the length of the ice into Vancouver's empty net on March 10, 2002.

The native of Kazakhstan represented both Kazakhstan and eventually Russia in international play. Nabokov led Russia to a bronze-medal game loss in 2006 at Turin and started three games for Russia in Vancouver's 2010 games. He also participated in the IIHF World Championship twice, including winning the gold medal in 2008.