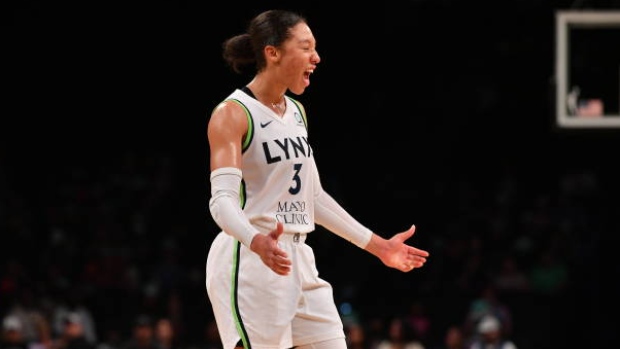 MINNEAPOLIS -- — NaLyssa Smith had 21 points and 14 rebounds and Indiana closed the game on a 11-4 run to beat the Minnesota Lynx 84-80 on Sunday night.

Victoria Vivians added 15 points and hit two 3-pointers during the game-ending run to help the Fever end a five-game skid.

Minnesota (3-11) trailed by as many as nine points late in the first half but Nikolina Milic made a layup to give the Lynx a 76-73 lead with 3:28 to play. Mitchell answered with a jumper and then hit Vivians for a 3-pointer to give Indiana two-point lead just 40 seconds later. Milic again scored inside and Jessica Shepard hit two free throws to give Minnesota an 80-78 lead with 1:47 remaining but Mitchell found Vivians for another 3 to give the Fever the lead for good 18 seconds later.

Milic, a 6-foot-3 28-year-old rookie, finished with a career-high 23 points on 11-of-19 shooting for Minnesota and Aerial Powers added 15 points, 11 rebounds and seven assists. Bridget Carleton and Moriah Jefferson each scored 11 points.

The Lynx have lost three in a row and five of their last six.