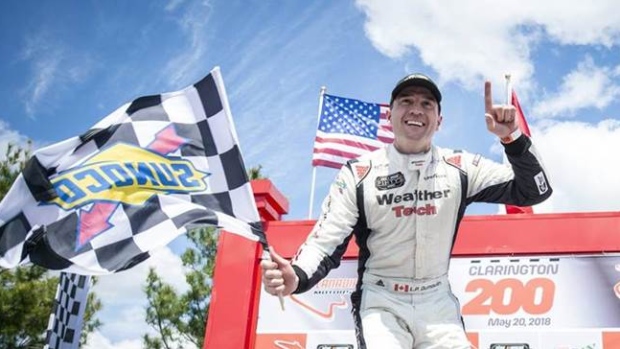 DAYTONA BEACH, Fla. – For the past 13 years, the NASCAR Pinty’s Series has competed on some of the most diverse tracks in NASCAR with races on the best short tracks, road courses and street courses across Canada.

NASCAR today announced next year’s Pinty’s Series schedule, which is highlighted by an Aug. 18 trip to Ohsweken Speedway - the first dirt race to be held in series history.

In addition, the series will visit two familiar tracks as Sunset Speedway and Circuit ICAR return to the schedule after four and three years, respectively.

“We believe the 2020 season will be one of the best we’ve seen for our fans and competitors,” said Gene Stefanyshyn, NASCAR Senior Vice President and Chief International Officer. “The NASCAR Pinty’s Series continues to grow as Canada’s national motorsport series; we’ve seen an increase in competition level over the years and NASCAR fans in Canada have truly embraced the series as their own.”

The Tuesday, Aug. 18 race at Ohsweken instantly becomes one of the most anticipated events in series history. D.J. Kennington and reigning champion Andrew Ranger tested at the 0.6-km track for NASCAR on Oct. 29 to ensure the series could put on an exciting race.

Sunset Speedway in Innisfil, Ontario will host the fourth race of the season (July 4). Alex Tagliani won both previous Pinty’s Series races at the 0.53-km oval.

The series will return to Circuit ICAR for the season’s penultimate race on Sept. 12. The 3.4-km road course at Montréal-Mirabel International Airport has previously hosted seven Pinty’s Series races, five of which were won by Ranger.

Other schedule highlights include:

For the ninth consecutive season, the season will open at Canadian Tire Motorsport Park (CTMP) in Bowmanville, Ontario as part of the track’s Victoria Day weekend celebration (May 16). The season will again conclude with the Pinty’s Fall Brawl at Jukasa Motor Speedway (Sept. 26).

The annual Western swing including three races at two tracks. The series will visit Edmonton International Raceway on July 25 followed by a visit to Wyant Group Raceway in Saskatoon, Saskatchewan for two 125-lap features as part of a doubleheader on Wednesday, July 29.
Two fan-favorite races on the streets of Toronto and Trois-Rivières. The Pinty’s Series will headline Friday (July 10) of the Honda Toronto weekend at Exhibition Place. As previously announced, the annual Grand Prix de Trois-Rivières (GP3R) will extend from 50 to 60 laps in 2020 (Aug. 9) which will introduce more in-race strategy for teams including live pit stops.

The complete broadcast and streaming schedule will be released at a later date.