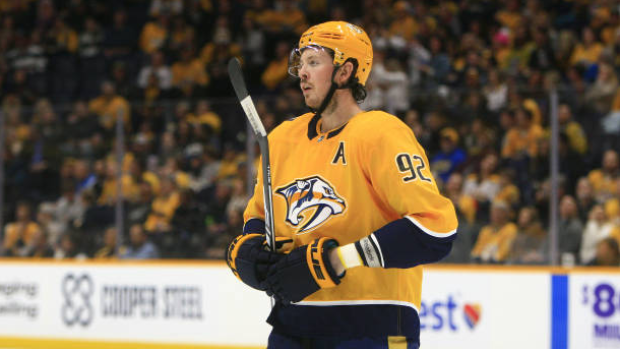 Nashville’s Ryan Johansen has been fined $5,000, the maximum allowable under the CBA, for Elbowing Tampa Bay’s Brayden Point.

Johansen received a five-minute major and a game misconduct for the action on Tuesday night, which came with the Predators down 2-1. Johansen delivered a elbow to the face of Point with the puck in the corner of the Predators' end.

"The puck was coming around the corner and I tried to get body positioning to play the puck," Johansen explained post-game. "I haven't seen it, but I guess he ran into my elbow there or my elbow clipped him. I'm just happy to see he was OK and he was back right playing the next shift, so that was nice. It was frustrating."

Johansen has four goals and 17 points in 27 games this season. The 27-year-old was suspended two games in January for high-sticking Winnipeg Jets centre Mark Scheifele.