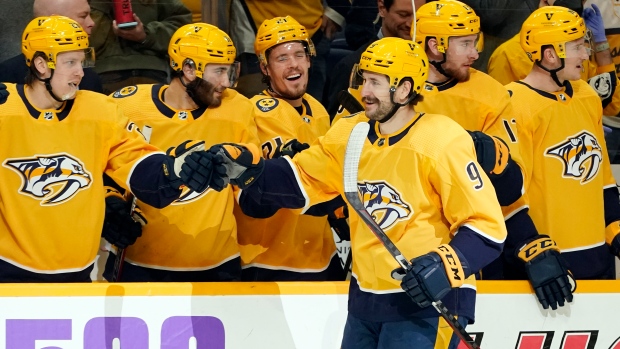 Dreger adds the Predators have maintained that their focus is on extending Forsberg, rather than trading the winger, but progress has been marginal to this point.

The Nashville Predators have re-engaged in contract negotiations with Filip Forsberg’s agent, J.P. Barry. The Preds have maintained their focus is on extending Forsberg rather than trading their top goal scorer. Sounds like marginal progress has been made to this point.

Forsberg, who carries a $6 million cap hit in the final season of a six-year deal signed in 2016, is the Predators leading goal-scorer this season with 32 goals and 56 points in 48 games.

The 27-year-old scored a career-high 33 goals with the Predators in the 2015-16 season and has never averaged more than a point per game.