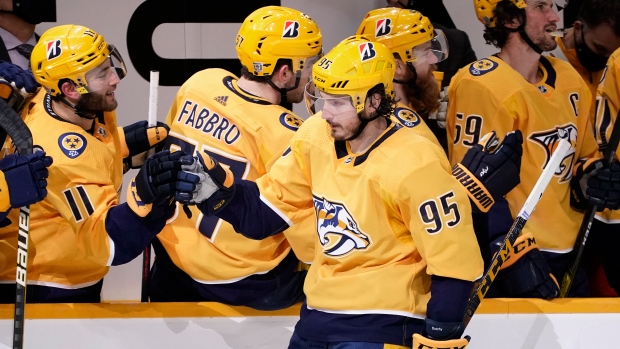 The Nashville Predators have placed forward Matt Duchene on the injured reserve and he will miss three to five weeks with a lower-body injury.

#Preds forward Matt Duchene has been placed on injured reserve and will miss 3-5 weeks with a lower-body injury.

Duchene, 30, has three goals and eight points in 23 games this season, his second with the Predators.

The Predators have also recalled Mathieu Olivier and Alexandre Carrier from the taxi squad. Michael McCarron has been re-assigned to the taxi squad and Tanner Jeannot has been sent to AHL Chicago.