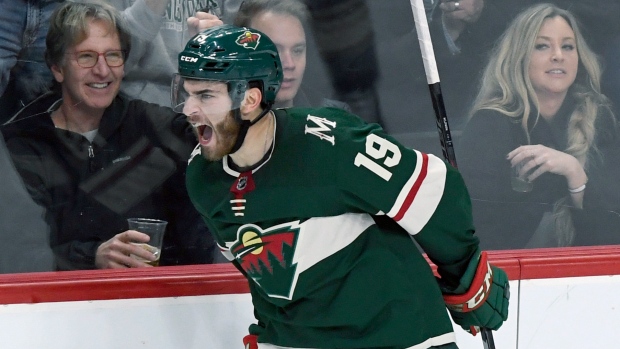 The Predators acquired Kunin and a fourth-round pick in October in a deal with the Minnesota Wild for forward Nick Bonino and two draft picks.

"Luke Kunin is a solid, young, up and coming player with a great future ahead of him," Predators general manager David Poile said after acquiring the forward. "He is a former first-round pick with good pedigree that can play both center and on the wing, and in all situations, including on the penalty kill and the power play."

The 23-year-old appeared in 63 games last season for the Minnesota Wild and posted 15 goals and 16 assists, with a minus-10 rating. He also played in four post-season games and scored twice.

The Chesterfield, Missouri native was selected 15th overall in the 2016 NHL Draft by the Wild and appeared in 131 regular season games for them over three seasons.