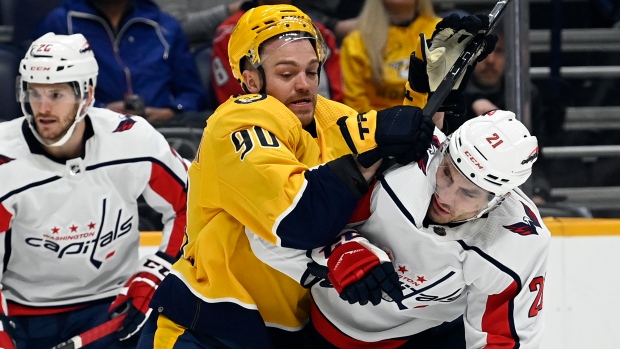 The Nashville Predators have signed defenceman Mark Borowiecki to a one-year, $900,000 contract for the 2022-23 season, the team announced on Tuesday.

Borowiecki has appeared in 39 games this season for the Predators and posted two assists with a plus-2 rating and 103 penalty minutes.

The 32-year-old joined the Predators in October of 2020 and had one assist in 22 games last season in his first campaign in Nashville.

The Ottawa native spent the first nine seasons of his NHL career with his hometown Senators, after they selected him 139th overall in the fifth round of the 2008 NHL Entry Draft.