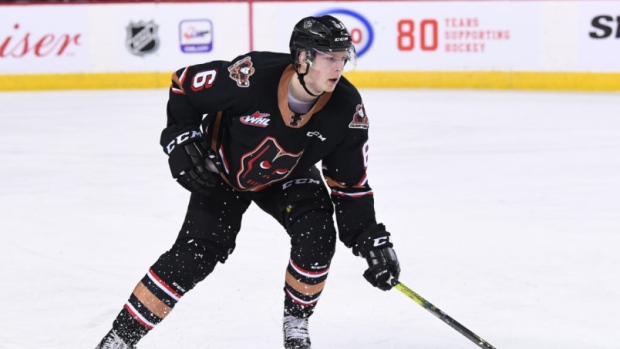 A third-round pick in the 2020 NHL Entry Draft out of the Western Hockey League’s Calgary Hitmen, the 19-year-old defenceman says he’s chosen to come out now as a means to truly be himself.

“I don’t want to have to walk into the gym or to the arena or just to practice, and keep thinking, ‘Who knows? Who doesn’t?’ This is who I am,” Prokop told TSN Hockey Insider Pierre LeBrun in The Athletic.

“I don’t think it’s going to be a big topic of conversation, that’s not what I want it to be. It’s just, ‘Hey, here’s who I am.’ It gets it off my chest. So, I don’t have to worry and wonder about other people.”

There has never been an active NHL player who is openly gay. An Edmonton native, Prokop will be attending his first NHL camp this fall.

Prokop says that being out has been a freeing experience for him.

“It’s been very special, talking to my friends, my family, my coaches, my agents,’’ Prokop said. “And them being very supportive, me coming out and being OK with who I was. I think it’s been translating a lot into my summer and my summer training. I’ve noticed myself being a lot more confident on the ice.

“Being able to truly be who I am. This is the best I’ve ever felt in the summer, and I think a large part of that is due to this process of me coming out.’’

Prokop’s announcement was greeted with nothing but support from the Predators. He came out to management as part of a process that began last March when Prokop first told his family he was gay.

“Very brave young man,’’ Predators general manager David Poile told LeBrun. “It took a lot of courage. I’m proud that he did that. It’s got to be exciting for him to be taking this step. This is a big story and hopefully it helps and encourages others in similar situations. It’s a big deal.’’

Prokop acknowledges that there might be some backlash towards him from those within the hockey community, a group that has traditionally been resistant to social change.

“I’m not naive, I know there’s going to be people who question it and get upset about my decision,’’ said Prokop. “But I have a really good group of people around me who can support me. I’m going to try not to read those negative comments, which I think will help a lot.

“It’s sad that it’s still out there in the world, but it’s a reality. I just feel ready now to deal with it.’’

"I share [Prokop's] hope that these announcements can become more common in the hockey community," Bettman said in a statement. "LGBTQ players, coaches, and staff can only perform at their absolute best if they live their lives as their full and true selves. We do not take the meaning and importance of this announcement lightly. We pledge to do everything possible to ensure that Luke's experience is a welcoming and affirmative one and continue to work to ensure that any current or future NHL Player contemplating following in his trailblazing footsteps knows our League is ready to provide full support."

Prokop hopes that his disclosure can inspire others to truly be themselves.

“If I can inspire or help make a difference to one person, then I’ve done my job in wanting to create change and to create an environment where it’s healthy for players to come out now,” Prokop said. “I’m just trying to show that I want there to be a healthy environment. So that if other players do want to come out, they can be their true, authentic selves.’’