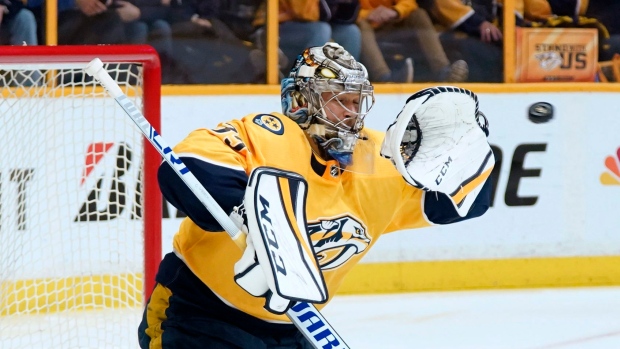 Though the Nashville Predators are on track to miss the playoffs this season, pending unrestricted free agent Pekka Rinne is not looking to be moved at the trade deadline.

“I believe in this team,” Rinne told The Athletic. “I do want to retire as a Predator.”

Rinne, 38, is playing out the final season of a two-year, $10 million contract signed in 2018. He has spent his entire 15-year NHL career with the Predators since being selected eighth round of the 2004 NHL Draft.

Sitting sixth in the Central Division, the Predators are on pace to miss the playoffs for the first time since 2014 and just the fourth time since Rinne made his debut during the 2005-06 season.

“For sure, I want to have success,” Rinne said. “I’ve been fortunate that we’ve been, for most of my career, doing pretty well. For the (most) part, we’ve never been sellers at the deadline. Obviously, I don’t want to go through that. This is the team I want to retire (with).”

Rinne, who won the Vezina Trophy in 2018, sits fifth in games played among active goaltenders.