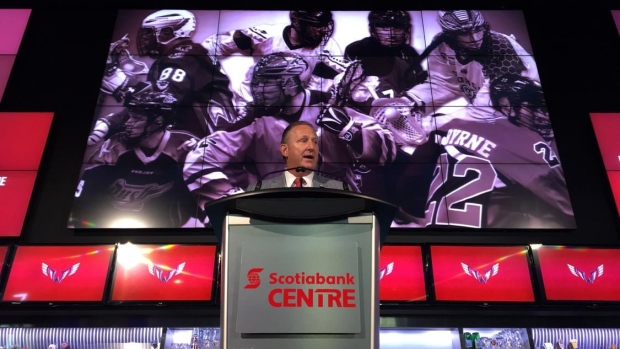 FORT WORTH, Texas — The indoor National Lacrosse League is expanding into Texas for the first time with plans to put a franchise in Fort Worth next year.

The NLL's 14th team doesn't have a name yet. The Fort Worth club will have ties to the WNBA's Dallas franchise in majority owner Bill Cameron and managing partner Greg Bibb. Cameron is lead owner and chairman of the Wings, and Bibb is CEO.

The Fort Worth team will play at Dickie's Arena, a 14,000-seat venue near downtown that opened last year and is slated to be the site of NCAA Tournament games in two years.

The addition of Fort Worth will give the 34-year-old NLL nine teams in the U.S. to go with five in Canada. The league's 2019-20 season was cut short by the pandemic, and no plans have been announced for this year's draft or the start of the 2020-21 season.